The evolution of the rosary 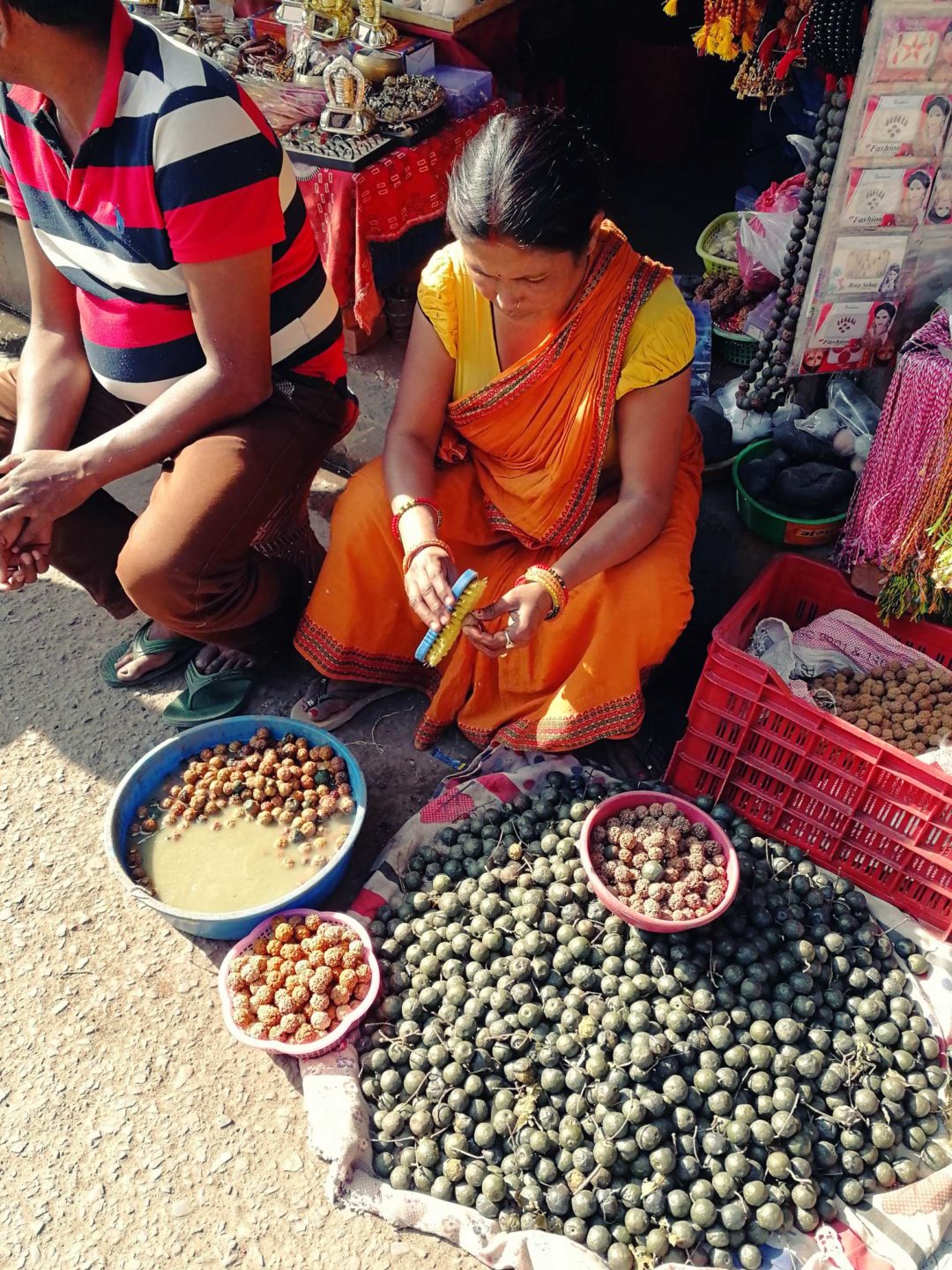 The rosary, known also as Japamālā, is a mnemonic aid used primarly in the religious practice of prayer and incantantions chantings as well as in the repetition of names and attributes of deities, used by devotees of Hinduism, Buddhism, Christianity, Islam and by some Jews. Although nowadays the rosary is mainly made of seeds, jems or wood, in ancient times it was just a combination of knots, a sort of abacus to support human memory. A custom, not so far from us, if we think of the knots in cloth handkerchiefs that our grandparents and great grandparents used to keep in their jacket and pant pockets.

The most ancient evidence about the existence of the rosary appears in Indian literature, in a passage from Jaina Canon which reports “The man who, in the practice of virtue, applies himself in the extirpation of all his vices is like one who is rolling between his fingers the beads of the chaplet. If he continues taking hold of them one by one, he arrives speedy at the end. By extirpating his bad inclinations one by one, a man reaches perfection”. The Hindus were the first to evolve the rosary through ascetics who were counting to promote contemplation and mental abstraction.

The number of grains, their material and color can vary according to traditions and their use. Some rosaries are composed of seed grains, stones, bones, wood, shells and gems. The devotees of Shiva prefer malas made with Rudraksha seeds, a fruit that grows on the Elaeocarpus Ganitrus trees, widespread in South East Asia. They represent the tears of Rudra (Shiva archetype), some say shed for pain and others for ecstasy, which have crystallized in the form of this seed. Each Rudraksha seed can have different sizes and different numbers of faces called mukhi. Depending on the number of mukhis, the seed can bring a different beneficial value.

Another seed commonly used to make rosaries comes from the Bodhi tree (Ficus Religiosa). There are many Buddhist devotees who go every year to Bodh Gaya, in India, to collect these seeds because exactly here, under a Bodhi tree, Siddhartha Gautama reached enlightenment and became a Buddha. The interest in Bodhi seeds has grown dramatically in recent years when it became known that the Dalai Lama possessed a rosary made up of these seeds. Then Chinese passed from buying seeds to directly buying trees, creating a million dollar market.

Buddhists usually wear rosaries made of 108 beads, a number considered sacred. This number is mainly related to the qualities of the Buddha, the Dharma and the Sangha, which are recited in a complete rosary circle. The number 108 is also attributed to the Reusis of the Thai tradition, to the sinful mental conditions to be eradicated with the recitation of the rosary, to the number of Brahmans who predicted the fate of the Buddha at his birth, to the number of signs on the feet of the Buddha statues represented in Burma, the number of volumes that make up the Tibetan scriptures (Kahgyur), the number of columns surrounding the White Pagoda in Beijing, the number of fires lit along the sea, rivers and lakes during the recurrence of the dead in Japan.

In addition to the recitation of prayers and for meditation, in some countries of Southeast Asia the rosary is worn as a protection amulet, used to drive away evil spirits, used for divination and blessings.

In Thailand the use of mala is mainly present in the North, in the Lanna area. Depending on the tradition, it can be considered as a private object or only a counting tool, similarly to some places in Myanmar where it is possibile to use chaplets put at disposal in temples. Like in the most part of Buddhist Traditions, the Thai rosary is usually made of 108 beads made of seeds, wood or stones. In ancient times, beads were created by grinding and compacting different materials, such as herbs, also medical ones, to which were added inside small Takruts, copper rolls with incantations. Also the string with which the rosary is made has its connotation that takes different nuances depending on the colour used.

The tradition linked to the rosaries is very ancient and multifaceted. The mala was born as a tool for counting repetitions, without any particular power and only over time have been developed different systems, linked to various religious traditions, that incorporate its use. As always, it is the intent of those who own it and use it to determine its power. Although the topic has many complex variations, it is crucial to remember that the big difference is determined by how we use it.

Sources: In addition to our experience of practitioners, our article draws on the following essay “The Rosary in Magic and Religion” of Winifred S. Blackman’s

(We support Teachers and our community of practitioners by selling traditional malas. Contact us for more information.)